Re-edit ~ Why so blue, Harley? 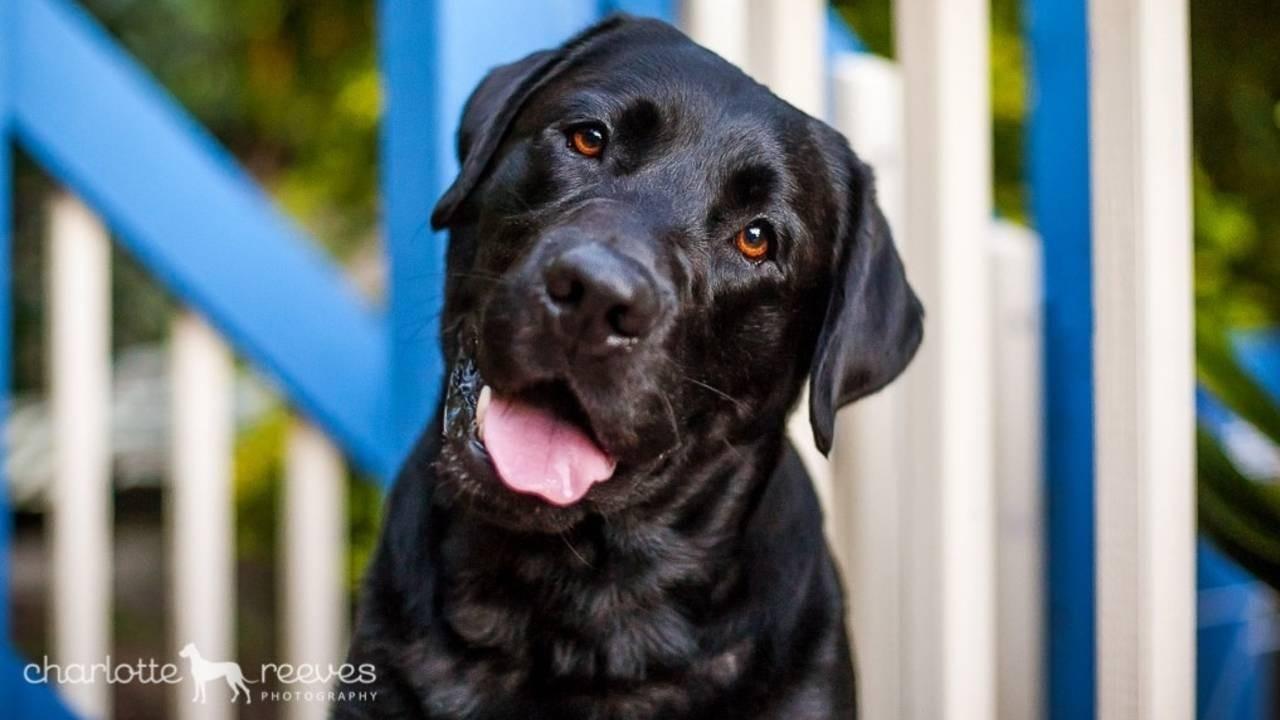 I checked my phone again, still no text message. After waiting all day for an exact address to be texted through from my client's personal assistant (the session had been a surprise gift to the boss from her company) I'd set on the hour long drive in the hope it would come through before I arrived.

Pulling up on the side of the road in the client's suburb (I knew that at least), I waited for the text. And waited. And told myself that I would never again go ahead with a session without ALL the details I needed at least the day before!

I called the number I'd been given, but it went to message bank. I texted again and waited a bit longer. A little later, I sighed, started the car and got ready to do a u-turn and head home - just as the familiar "ding" of my message tone sounded - in the nick of time!

It was already half an hour after our scheduled start time and it took me another 15 minutes to get to the house, so by the time I arrived it was much later than I would usually start. Tall palms and thick bushes overhung the deck and back yard of the house and the sun had all but disappeared behind a nearby hill.

My handsome subject was a black Lab called Harley. Of course it would have to be a black dog! Back when this happened in early 2010 I was shooting with my first full frame DSLR, a classic Canon 5D. Not the best at high ISO, so I pulled out my trusty 50mm lens, set it to f/2 and reduced the shutter speed as much as possible - I would never consider going down to 1/100 second these days, but I do have a much better camera capable of shooting at high ISO with minimal noise.

These were the settings I chose for this shot:

I remember being fairly happy with the results of the session, despite the challenges on the day.

Fast forward to over 6 years later. I've been working on the massive project of consolidating my Lightroom catalogues into one master catalogue over the last few weeks.

As this session popped up on my screen, I cringed. Harley's lovely black coat had an ugly blue tinge in nearly every single shot. 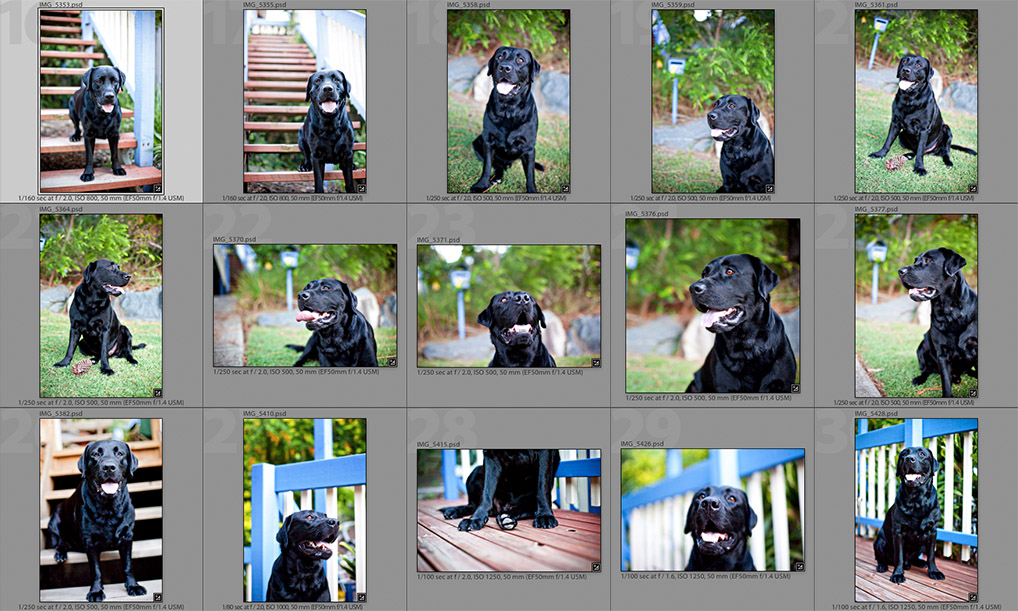 I guess setting current white balance and removing colour casts is one of those things you get better with time as your 'eye' develops. At the time, I probably didn't even realise poor Harley looked so blue.

I'd also added a lot of contrast to the entire tonal range, which had blown out areas in the background and degraded the quality of the image. The blue posts behind Harley had lost all their colour, the white posts were blown out completely and the background foliage looked washed out and noisy. Yuk! 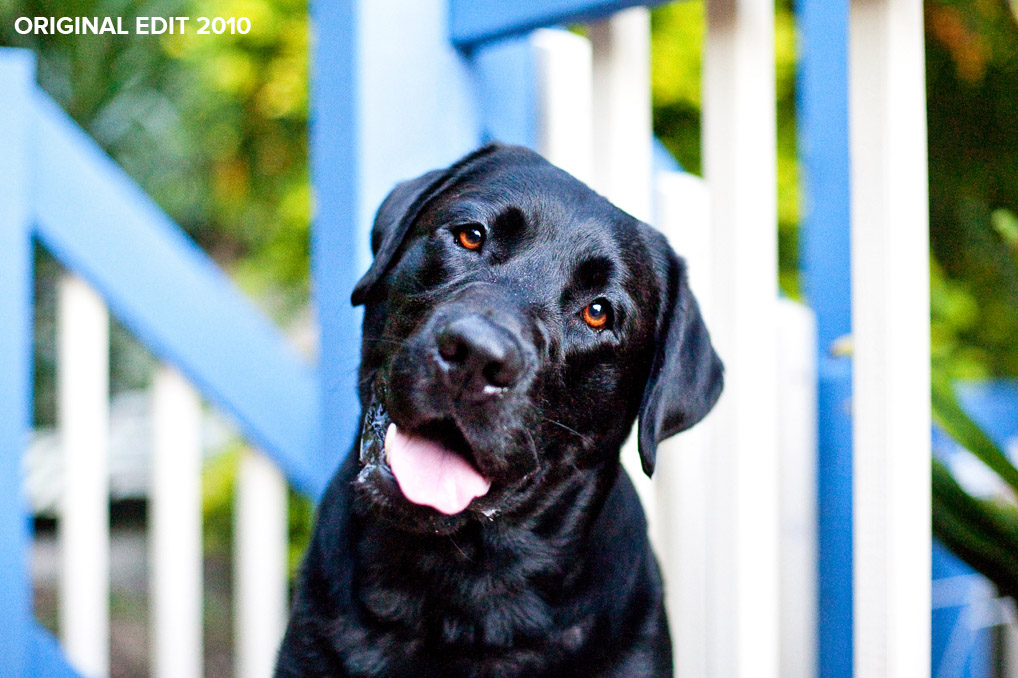 I decided to have a quick go at re-editing this image to see if I could address Harley's blue-ness.

The original raw file was a bit underexposed, though luckily not losing too much detail in the darkest blacks. 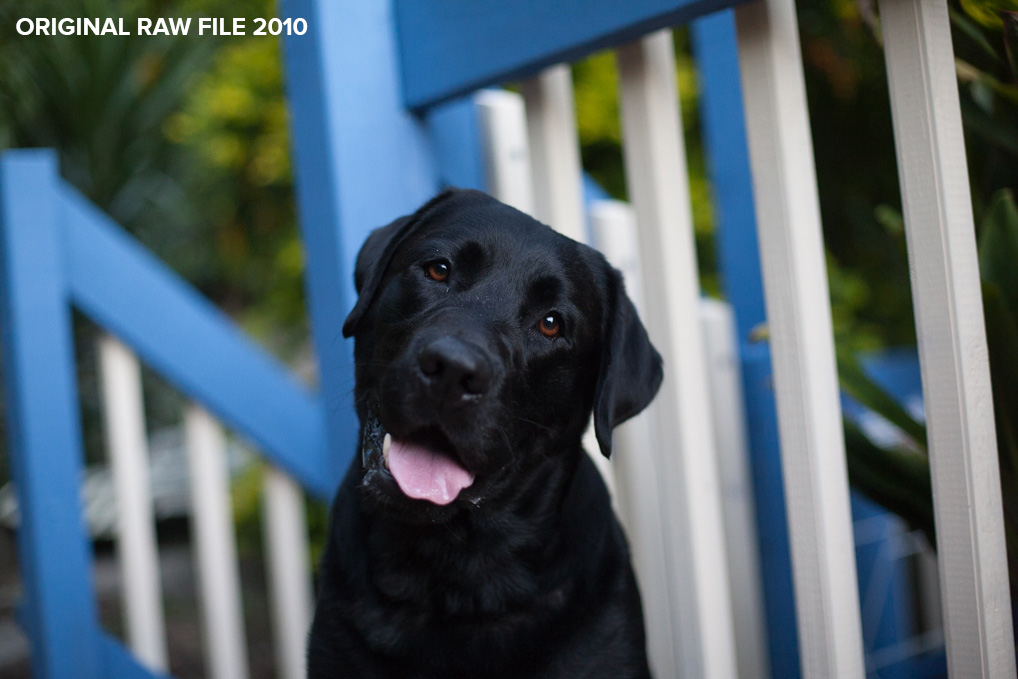 Lightroom has come a long way in 6 years. The basic adjustment sliders were different back then, I'm not sure if they were capable of less fine tonal adjustment, or if I just wasn't as good at utilising them! But the adjustments I made originally certainly looked a lot different to what I do these days. If you've only just started using Lightroom, these sliders might look a bit unfamiliar, but here's a screenshot of the original adjustments.

The Recovery slider worked a bit like the Highlights slider in the current version, and Fill Light was similar to Shadows. The Whites slider didn't exist, but Brightness worked in a similar way. The sliders were changed in 2012, definitely for the better!

So compare that to the re-edit, with the Camera Calibration process updated to the current (2012) model, here's a screenshot of the adjustments.

For the re-edit, my aims were:

Warm up the shadows - I like to use Split Toning for this, pulling the Shadows colour slider to yellow/orange and increasing the Saturation slider until the dark areas warm slightly.

Improve quality - High ISO on a Canon 5D classic means noise, and lots of it! - Noise Reduction and Sharpening sliders help with this, being careful to maintain a balance between the two and not leave the image looking over sharpened or plastic-like (from too much noise reduction).

I refer to the Histogram a lot when editing as it can tell you so much about the image. Generally, the more 'full' of data the histogram looks, the more detail in the tones. Check out the difference between the original edit and the re-edit!

Re-edit - SO much more information overall, especially in the Shadows, and no more blown out highlights!

So there's the resulting Lightroom edit. 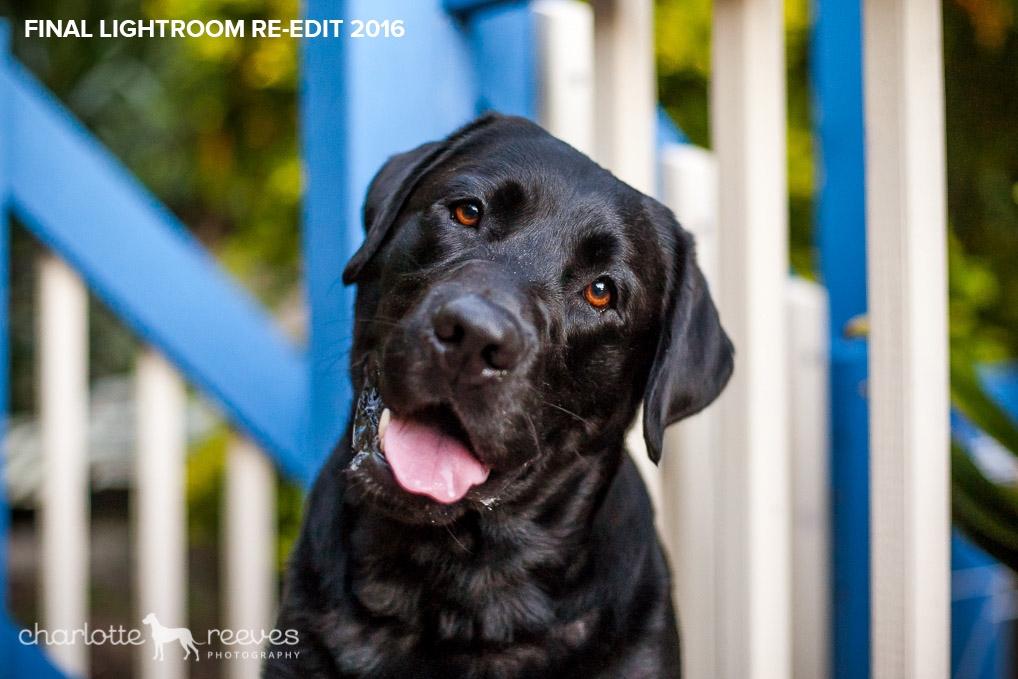 Black dogs will always pick up some colour from their surroundings, so removing all colour casts from their coat - effectively completely desaturating - does not look natural. Staying true to the shaded lighting conditions creates a naturally cooler look without looking overly cold, so I am happy with Harley's final colour.

I always run my images through Photoshop for a final polish up, so here's the final finished image after the Photoshop treatment. Stubborn colour casts sometimes need some additional work in Photoshop to correct, but in this case, I managed to get the image pretty well sorted out in Lightroom, so all I did was some spotting, eye sharpening and final saturation and contrast boosting.

Much nicer than the original, right? 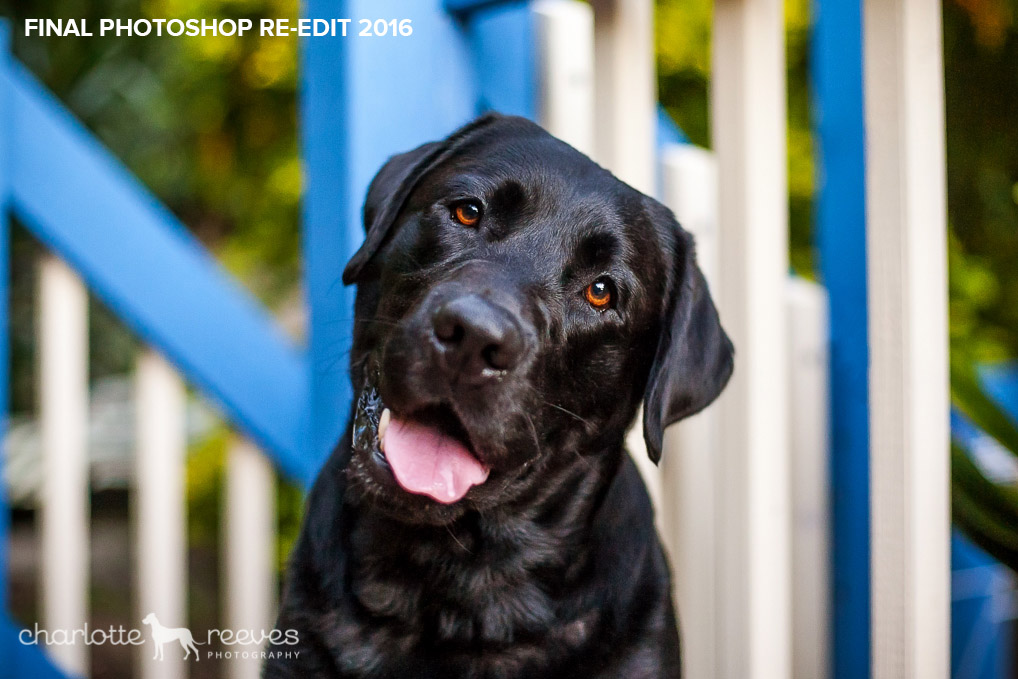 Although it does sometimes make me cringe, I do like looking back at my old work and seeing how I would edit differently. I hope my re-edit of this shot has helped others with white balance and black dogs too!

Leave me a comment below if you have any questions.

That's over 3 months worth of daily tips covering topics like working with light, obtaining expression, camera settings, shooting action, composition, using the location, dog handling tricks – and so much more. Delivered direct to your inbox so you can read and absorb straight away (no homework required).

We hate SPAM. We will never sell your information, for any reason.